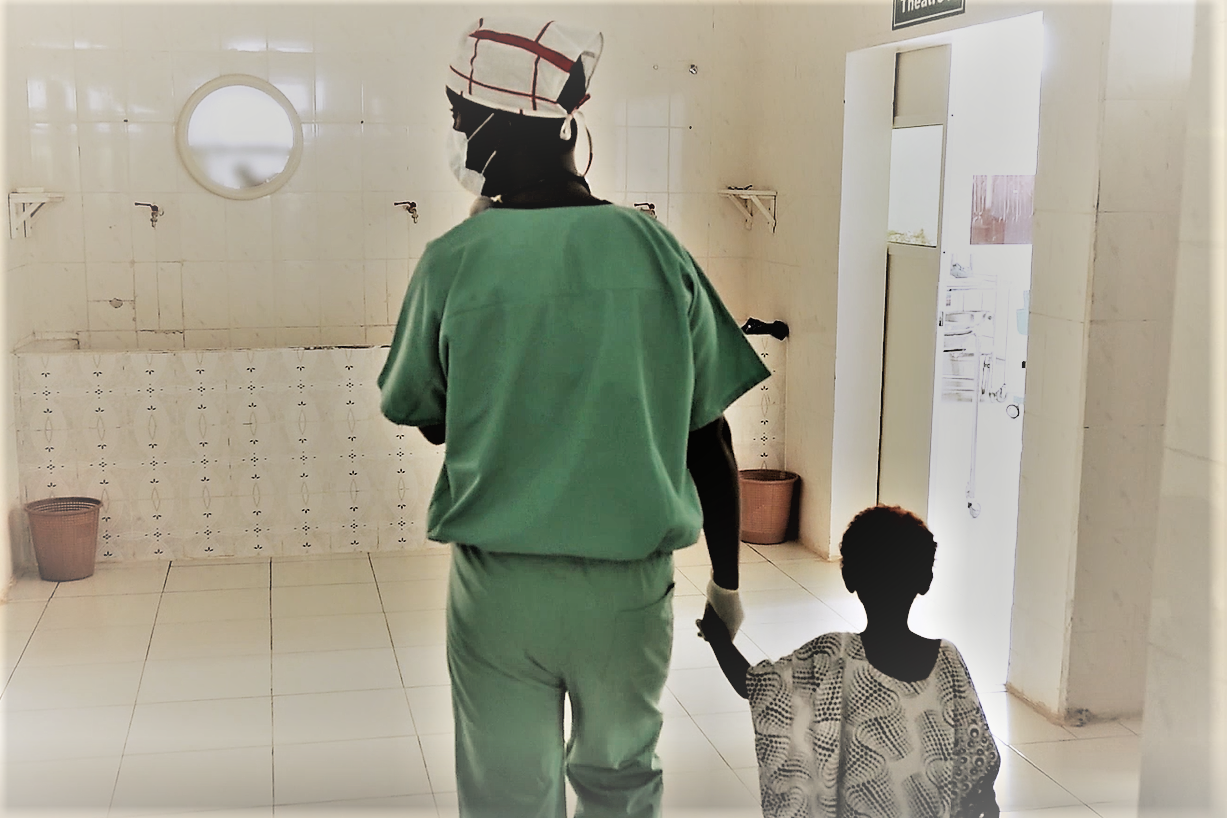 Mubarak Mohamed walked down a long hospital corridor to return a small child to the comfort of his waiting parents. The three-year-old just had cleft lip surgery. Head of anaesthesia at Edna Adan University Hospital (EAUH) in Hargeisa, Somaliland, Mubarak has led thousands of patients down this corridor, giving each one a chance that many in this country will never have:  safe anaesthesia and life-changing surgery.

“We don’t have a single consultant anaesthesiologist in the whole country, and that is a big challenge,” explains the nurse anaesthetist .

The health of the people in Somaliland is among the worst in the world. In 2012, the United Nations International Children’s Emergency Fund (UNICEF) reported Somaliland as having one of the highest maternal mortality rates in the world:  1,000 – 1,400 maternal deaths per 100,000 live births with an infant mortality rate of 73 per 1,000 births. Every year nearly 4,000 women die in childbirth.

According to EAUH, this tragedy is largely due to the civil war that caused the death or departure of nearly all the country’s health care professionals. During the years of struggle, 95 percent of the cities in Somaliland were destroyed, including Hargeisa. More than one-half million Somalilanders lost their lives and a further one million became refugees in neighboring countries, or around the world, because of genocide and mass killings perpetrated against the civilian population. Both schools and health services were razed to the ground. However, in 1991 Somalilanders freed their country and returned to rebuild it. Today, health facilities, which have recently been rehabilitated, suffer from a serious and ongoing deficiency of trained health manpower.

“Too many babies die because they are not assisted by trained and competent midwives. Surgical interventions for complicated pregnancies are available in few facilities throughout the country,” says Edna Adan Ismail, founder and director of Edna Adan Hospital and former Foreign Minister of Somaliland.

Since Somaliland has one of the highest maternal mortality rates in the world, and one in seven children here don’t reach their fifth birthday, Mubarak’s typical case load can range from the resuscitation of a two-year-old child to an emergency C-section. Safe, timely and affordable surgery and anaesthesia are essential components of Universal Health Coverage, according to the World Health Organization (WHO). But with an estimated five billion people living and dying without access to an operating theatre, the scale of challenges is immense.

Somaliland is one of many countries facing significant gaps in anaesthesia and surgical provision, and turning to innovative partnerships to help bridge them. An increasing number of public and private enterprises are uniting to create philanthropic solutions to make changes for the better, which has recently transformed Mubarak’s professional practise and that of many others across Somaliland.

Mubarak’s hospital is one of eight that took part in SANSOM, or Safe Anaesthesia for Somaliland. As Project Manager, Mubarak continues to mentor and support the 30 participating nurse anaesthetists. Developed by Diamedica UK Ltd and supported by Lifebox Foundation and a number of other organisations, SANSOM was a programme underpinned by a very sensible proposition:  the right equipment, in the right place, with the right training can make anaesthesia safer.

Each hospital received Diamedica’s portable anaesthesia machine, a pulse oximeter, oxygen concentrators and some additional medical equipment. Most importantly, training in how to use the equipment was given.

Diamedica and Lifebox are two leading voices committed to the vital role of safe anaesthesia in the context of safe surgery. Diamedica, a UK-based manufacturer, provides safe anaesthesia and respiratory solutions for limited resource settings in more than 70 different countries. Lifebox, an international NGO working to make surgery safer on a global scale, has a programme providing environment-appropriate pulse oximeters. These are the most important monitors in modern anaesthesia, and they are missing from more than 70,000 operating theatres around the world, which is putting millions of lives at risk.

While EAUH is a well equipped hospital, low-resource setting surgery poses some specific obstacles, such as unreliable electricity and prohibitively expensive oxygen. Each challenge limits the choices – and therefore the safety – that an anaesthesia provider has to make for their patient.

“We used to give Ketamine for anaesthesia to every patient before,” explains Mubarak. “Now we know that Ketamine is not a safe anaesthetic for every patient, but it was better than nothing. And it was our only choice because we did not have appropriate anaesthesia equipment and the training. Now we do, so we can make the right choice for each individual patient.”

Mubarak was very clear about the impact the SANSOM project has had on the nation. “We now have an anaesthesia provider and anaesthesia equipment in every region of Somaliland, which we have never had before.”

Mubarak said he was totally committed to and motivated by his work, which, if needed, he would be willing to do “24/7.” He explains, “It’s important to be part of a team because without safe anaesthesia you can’t deliver safe surgery to a patient.”

Lack of continuing medical education is a significant challenge in low-resource settings and it is hoped that the SANSOM conference will now happen routinely every year.

“It will improve the quality of the anaesthesia care providers in Somaliland. When we do that, we also improve the quality of surgery and health in the country. All the students who attended SANSOM are happy because what they learned means they are better equipped to help women, children and everyone else who needs care,” says Mubarak.

One such patient was a two-year-old boy, a case that Mubarak, who specialises in paediatrics, remembered passionately:  “He had a cardiac arrest on the operating table and the pulse oximeter showed when we had a heart rate and what his oxygen saturation was.” Fortunately, the boy survived.

“Using the pulse oximeter was part of my training and it has made a huge difference to the help we can give our patients.”

WHO reports rates of anaesthesia mortality between 100-1,000 times higher in low-resource settings than in high-resource comparisons. But for those working on the ground, day in and day out, patient stories can speak louder than statistics. Recently Mubarak anaesthetised a 26-year old man for surgery to correct a leg deformity. After a life spent on crutches, the man walked away from the hospital.

Philanthropic partnerships of the kind that spawned the SANSOM project have a vital role to play here. They support frontline workers like Mubarak with equipment they need in the immediate term and the continuing support that helps them look to the future with more optimism.

“If I provide anaesthesia for one person safely, it means I can help more people,” explains Mubarak of the wider impact surgery has across family, community and the economy. “I hope in the future my country will change and all my people in Somaliland will have safe anaesthesia and safe surgery.”

To learn more of Mubarak’s story and SANSOM, watch this film, commissioned and directed by Diamedica UK Ltd in Somaliland: https://www.youtube.com/watch?v=tUfey2oeB5s

Lifebox was founded in 2011 by the World Federation of Societies of Anaesthesiologists (WFSA), Association of Anaesthetists of Great Britain and Ireland (AAGBI), Brigham and Women’s Hospital, and Harvard T. H. Chan School of Public Health. It is the only non-governmental organization (NGO) devoted to safer surgery and anaesthesia in low-resource countries. Lifebox grew out of a global initiative to make surgery safer worldwide, namely, the World Health Organization (WHO) Surgical Safety Checklist, which has been shown to reduce surgical complications and death by more than one-third. Lifebox builds networks across professional, academic and commercial organizations in more than 100 countries worldwide, and they have helped to make more than 10 million operations safer so far. For more information go to www.lifebox.org.

Diamedica provides safe anaesthesia and respiratory solutions for limited resource settings. Their equipment is designed for simplicity, economy and reliability. Far too much medical equipment sent to developing countries is built for sophisticated modern hospitals and cannot function in low-resource settings. Diamedica’s equipment will function effectively in hospitals where first world infrastructure is lacking, in field hospitals and in humanitarian relief situations. It can be maintained and serviced using resources or skills that can be found locally. For more information go to www.diamedica.co.uk. 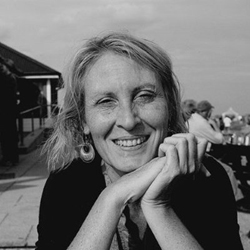 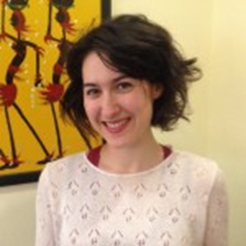 Sarah Kessler Sarah Kessler, is Director of Communications at Lifebox Foundation and producer of award-winning documentary The Checklist Effect. With a background in journalism and advocacy, she works with partners to tell the story of Lifebox’s safer surgery efforts worldwide. For more information, please contact Kessler at sarah@lifebox.org. 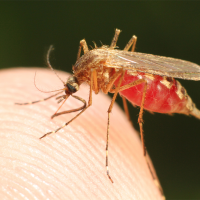