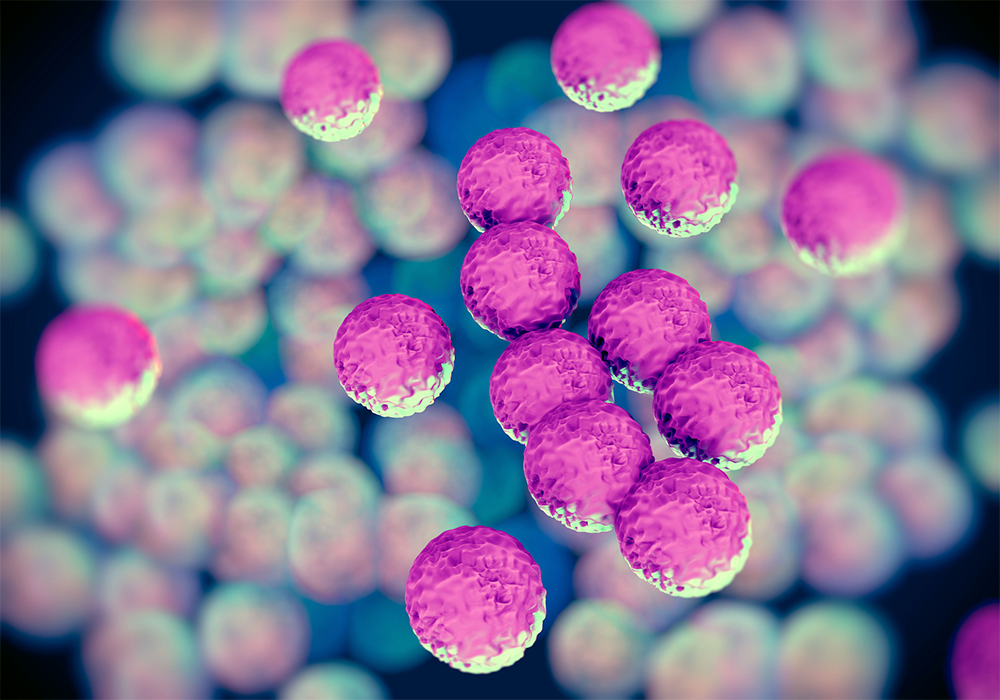 In February 2017, the World Health Organization (WHO) released a list of 12 antibiotic-resistant “superbugs” that are posing a major threat to human health worldwide. Divided into three classifications – critical, high and medium – the list serves as a grave reminder that humans are running out of time.

“Antibiotic resistance is growing, and we are running out of treatment options,” said Dr. Marie-Paule Kieny, WHO’s assistant director-general for health systems and innovation. “If we leave it to market forces alone, the new antibiotics we most urgently need are not going to be developed in time.”

Three bacteria were listed as critical, and all three have proved antibiotic-resistance to carbapenem, which, until recently, was reliable as a “last line of defense” drug. The three critical bacteria are:

Kieny said the 12 bacteria featured on the priority list were chosen based on the level of drug resistance that already exists for each, numbers of deaths they cause, frequency with which people become infected with them outside of hospitals, and the burden these infections place on health care systems.

In 2013, the Centers for Disease Control and Prevention (CDC) released a similar report, Antibiotic Resistance Threats in the United States, 2013, ranking 18 drug-resistant bacteria and fungi in three categories:  urgent, serious and concerning. The WHO and CDC lists have major differences: The WHO list concentrates on fatal infections while the CDC list includes non-fatal infections like N. gonorrhoeae because it is difficult to treat.

Another area of difference is WHO identifies H. influenzae—better known as Hib—as a greater threat than CDC.  According to the 2009 study, Burden of Disease Caused by Haemophilus Influenzae Type B in Children Younger than Five Years: Global Estimates, Hib was credited with causing 8.13 million serious illnesses worldwide in 2000. However, more than 300,000 children in poor countries die per year from Hib-related meningitis or pneumonia. In the United States, American babies receive Hib shots, which prevent it, thus it is a lesser threat.

While more attention has been focused on superbugs in recent years, Alexander Fleming, the discoverer of penicillin, provided an early warning that the drug might become useless. Accepting his Nobel Prize in 1945, Fleming mapped out how the failure could happen: “There is the danger that the ignorant man may easily underdose himself and, by exposing microbes to non-lethal quantities of the drug, make them resistant.”

“We may come to the end of antibiotics. We may run clean out of effective ammunition, and then how the bacteria and moulds will lord it,” a 1954 comment by British physician Lindsey W. Batten.

In the article titled, The Surprising History of the War on Superbugs — and What It Means for the World Today, published by STAT September 12, 2016, author Carl Zimmer lays the foundation for how people saw – or should have seen – this moment coming more than 60 years ago. As part of his feature, Zimmer points to a 1966 article in the magazine Look that described this new vision of antibiotic resistance with near-apocalyptic rhetoric. “Are Germs Winning the War Against People?” ran the headline. The article referred to these germs with a new nickname: Superbug.

Interestingly, while bacteria themselves are growing more resistant to antibiotics developed to treat them, many view the problem as emanating from people’s own habits and behaviors. The over prescribing of antibiotics by medical professionals, coupled with constant demand by patients for antibiotics as a means to cure anything that ails them, has created this conundrum.

New antibiotic candidates are in short supply, Kieny said, because 70 years of research have made it harder to find new ones, and because they are not very profitable for pharmaceutical companies. As a result, WHO is encouraging countries to consider ways to initiate more research.

In 2016, both Britain and China established a joint fund to finance research aimed at tackling antimicrobial resistance. And in January 2016, more than 80 pharmaceutical, biotechnology and diagnostics companies, including Roche, Pfizer, Novartis AG and GlaxoSmithKline, pledged at the World Economic Forum to fight the threat of antimicrobial resistance.

According to a Bloomberg survey of 18 of those companies conducted in May and June, 2016, companies expected to boost antibiotic research spending by an average of 36 percent in 2016 while expanding research staff by 6.5 percent. Survey respondents had five drug candidates in the initial stage of patient testing, four in mid-stage trials and nine in advanced studies.

Bacteria and the antibiotics they are resistant to.

Staphylococcus aureus (known as  “MRSA,” is responsible for about one- third of “flesh-eating bacteria” infections in the United States)/Resistant to:  Methicillin and Vancomycin

Neisseria gonorrhoeae/Resistant to:  Cephalosporin and Fluoroquinolone