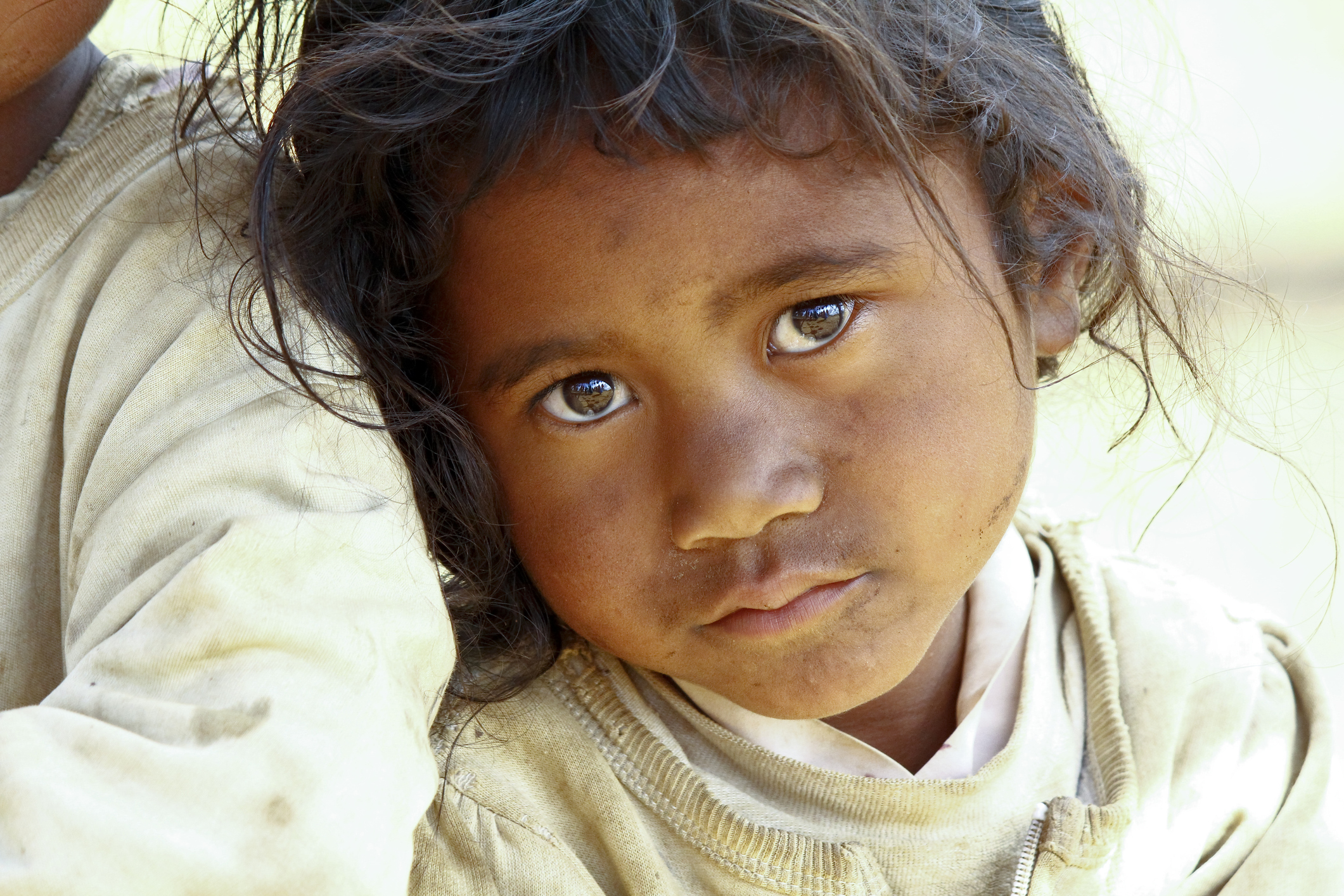 In 2005 Hurricane Katrina damaged almost 75 percent of homes in New Orleans, La. As of 2009, 65,000 housing units were still uninhabitable, with 68 percent scheduled to be or already leveled, condemned or demolished [1]. In 2017, Hurricane Maria destroyed or significantly damaged more than one-third of the 1.2 million occupied homes in Puerto Rico. Due to never resolved damage from previous hurricanes like 1989’s Hurricane Hugo, about one-half of the island’s 3.4 million residents were already living in “informal” homes constructed without permits that do not meet building codes [2]. Hurricanes Irma (2017) and Maria together destroyed 38 percent of housing in Dominica and 95 percent of housing in Antigua and Barbuda [3]. In 1998, Hurricane Mitch destroyed or partially destroyed about 26,000 homes in Guatemala, which were “generally made of flimsy materials and very precariously built [4].”

According to a 2015 United Nations General Assembly Report, “Natural disasters, such as the 2004 tsunami in Southeast Asia and the 2008 earthquake that struck Sichuan Province, China, result in homelessness by destroying housing, infrastructure and livelihoods, and setting back housing strategies. The earthquake in Nepal in 2015 left thousands homeless, with 320,000 children sleeping rough in the immediate aftermath. Informal settlements are often located in disaster-risk areas. International responses to natural disasters tend to focus on immediate emergency needs for medical care and shelter” while neglecting long-term housing strategies [5].

Global warming has triggered changes to the Earth’s climate resulting in extreme weather and climate events. According to the US Global Change Research Program’s 2014 National Climate Assessment, human-induced climate change has already increased the number and strength of extreme events, including a substantial increase in Atlantic hurricane activity since the early 1980s. This includes intensity, frequency and duration, as well as the number of strongest storms, Categories 4 and 5 [6]. These weather changes are extremely destructive to conventional housing. Traditional styles of building homes are simply unable to withstand the onslaught of nature’s increased and extreme forces. To build and rebuild homes with the techniques of the past is simply setting people up for more devastation.

In 2005, Special Rapporteur on Adequate Housing Miloon Kothari told the 61st session of the United Nations Commission on Human Rights that more than one billion people worldwide lack adequate housing, and 100 million have no housing whatsoever [7]. Egypt is experiencing a 3.5 million housing deficit, and Nigeria needs an additional 700,000 homes per year but is currently 1.7 million homes behind [8]. This impacts the number of refugees worldwide, which surpassed 63.5 million in 2015 [9]. It is imperative that creative groups of people, especially those with knowledge of conditions in resource poor regions of the world (Majority World), begin to brainstorm methods of building homes, which are safe, modular, replicable, inexpensive and readily built, using locally available materials, minimal equipment and indigenous skills.

To begin the discussion within this circle of readers, one particular model can be the catalyst for discussion and a springboard for generating both new ideas and helpful modifications to the existing model. Hopefully it will lead to an opportunity to actually build a prototype home from the results of the conversation. Please note that the purpose of this discussion is to design a small-scale living system for a family of low to moderate means. It takes into consideration the United Nations study, which shows that more than 60 percent of African city dwellers would live in facilities of less than 9 m2 per person [10].

Ferro-concrete is a system of building using rebar and minimal concrete to create a strong, flexibly shaped, light and rapid structure. When used to create a dome-shaped structure, it provides a great deal of tolerance for varying skill levels among workers. The dome shape is incredibly wind resistant and offers considerable safety from flying debris. Because it is a single piece, it is also reasonably unaffected by earthquakes.

The Birdcage Dome [11] can be the starting point for this conversation. The Birdcage Dome is a 382 (400 ft2) shell. What makes this design distinctive and attractive is the ingenious way of arranging the vertical rebar. As seen from the diagram below, the main vertical rebar are set in “pairs” – 1.0–1.2 m (3’-4’) apart. This spacing allows for square-sided openings for doors and windows. As well, it can be noted there is an ideal opening at the top of the dome for installation of a skylight and passive ventilation port. The horizontal rebar is placed at 30 cm (1’) spacing. Small mesh (chicken wire) is then attached to the final structure before adding a 1-2 cm coating of cement to each side.

Using this spacing principle, domes of various sizes can be considered. A 3 m diameter dome would have (4) “square” openings – ample space for a door and one or two windows. Basalt rebar is resistant to alkali, rust and acid. Sand from coastal shores can be used for construction without worry about long-term deterioration of the structure.

A. A simple Birdcage Dome in Burkina Faso, West Africa [13].

B. A test of the “Birdcage” idea in Honduras using smaller rebar and about one-half of the horizontal rebar. No mesh was included. The author (100 kg) was able to hang on the structure. The test took less than two hours to assemble.

Construction times for a ferro-concrete dome are considerably faster than for traditional structures. Finishing the inside walls will, of course, take additional time. Additions of sleeping/storage lofts will also add to time and cost. However, the main structure can be set up in less than two weeks. By organizing the work crews on “plastering” days, the time frame is minimized. Smaller domes will offer the option of a rapidly built smaller home for immediate protection with opportunities, later on, to build further structures. Families can begin recovering from devastation quickly and in safety. Traditional structures need a much longer time frame.

In the Majority World, much of daily living takes place outside. The interior size of a home can be reduced considerably, if there is proper planning to allow for daily activities outside the home. A collection of smaller domes would allow extended families to live in proximity but in privacy.

Experience with a ferro-concrete dome and a similar one made of blocks in Honduras showed a number of benefits for living. The inside of the homes was considerably cooler than homes with conventional metal roofs. Addition of a skylight and vent allowed for continual air movement inside the house. This was caused by convection currents on the inside and the suction caused by air movement over the dome (Bernoulli’s principle).

A. A Birdcage structure covered with tarps. A sturdy and secure structure like this could be erected in one day [14].

B. A dome structure in Honduras featuring large windows with seating and planting areas, as well as rain and sun protection. Note the skylights and ventilation on top of each dome. The inside of each dome was well lit, airy and cool. These outside window frames can be built with blocks, ferro-concrete or a combination of the two.

Lighting in the dome was much simpler, and the shape of the dome allowed for much brighter results from smaller light bulbs. Outside sounds were dampened, especially during rainstorms. The ferro-cement also provided protection from the threat of stray bullets (an unfortunate reality in Honduras). The height of the dome allows for additional storage or sleeping platforms to be built above the living area but still well-protected from weather, theft and insect predation. The dome shape allows for installation of solar panels for powering the home. If desired, the dome can also serve as a base for growing vine crops to supplement the family’s nutritional needs.

A. Simple layout for a home/compound. Each dome can be built as resources become available. The domes provide a “wall,” which creates privacy for the interior courtyard. Keep in mind that in many countries people spend a large part of the day outside the house.

B. A simple, one bedroom ferro-concrete home in Honduras. The structure was completed in less than one week.

When building these structures, rainfall must be taken into consideration. A concrete sidewalk around the dome will allow water to be channelled away from the dome. Construction of a ferro-concrete “gutter” above the windows would also facilitate rainwater collection. The potential for this type of approach to construction is enormous. There are, certainly, ideas for making the approach more affordable, which need to be discovered and discussed. 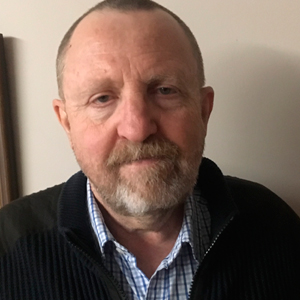 Bryan Butler, Consultant, International Sustainable Development Bryan Butler, has more than 17 years’ experience living and working in Africa and Central America as a professional educator and sustainable development worker. Building projects throughout the years using Interlocking Stabilized Soil Blocks (Uganda and Honduras), cement blocks for dome construction (Honduras), and ferro-concrete dome construction (Honduras), he has attempted to find construction methods that are economical, sustainable, and replicable by local labour. Growing out of his development work, a prison in Uganda is using biogas to cook food, an Israeli company is selling small scale greenhouses and drip irrigation systems in East Africa and Central America, an alternative source of nutrition (Brassica rapa) is now a market staple in Tanzania, and thousands of seedlings for various nutritionally beneficial trees and shrubs are growing in East Africa and Honduras. In addition to digital learning in Honduras and textbook development in Africa, Honduras, and Canada, Butler has studied, worked, and taught in Integrated Agriculture and Stainable Development. His expanding manual, What is in Your Hand?, provides a ready resource for inquirers from many countries, currently being accessed from Asia, Africa, Europe, and Latin America. For more information, please contact Butler at BwanaBB@yahoo.ca.