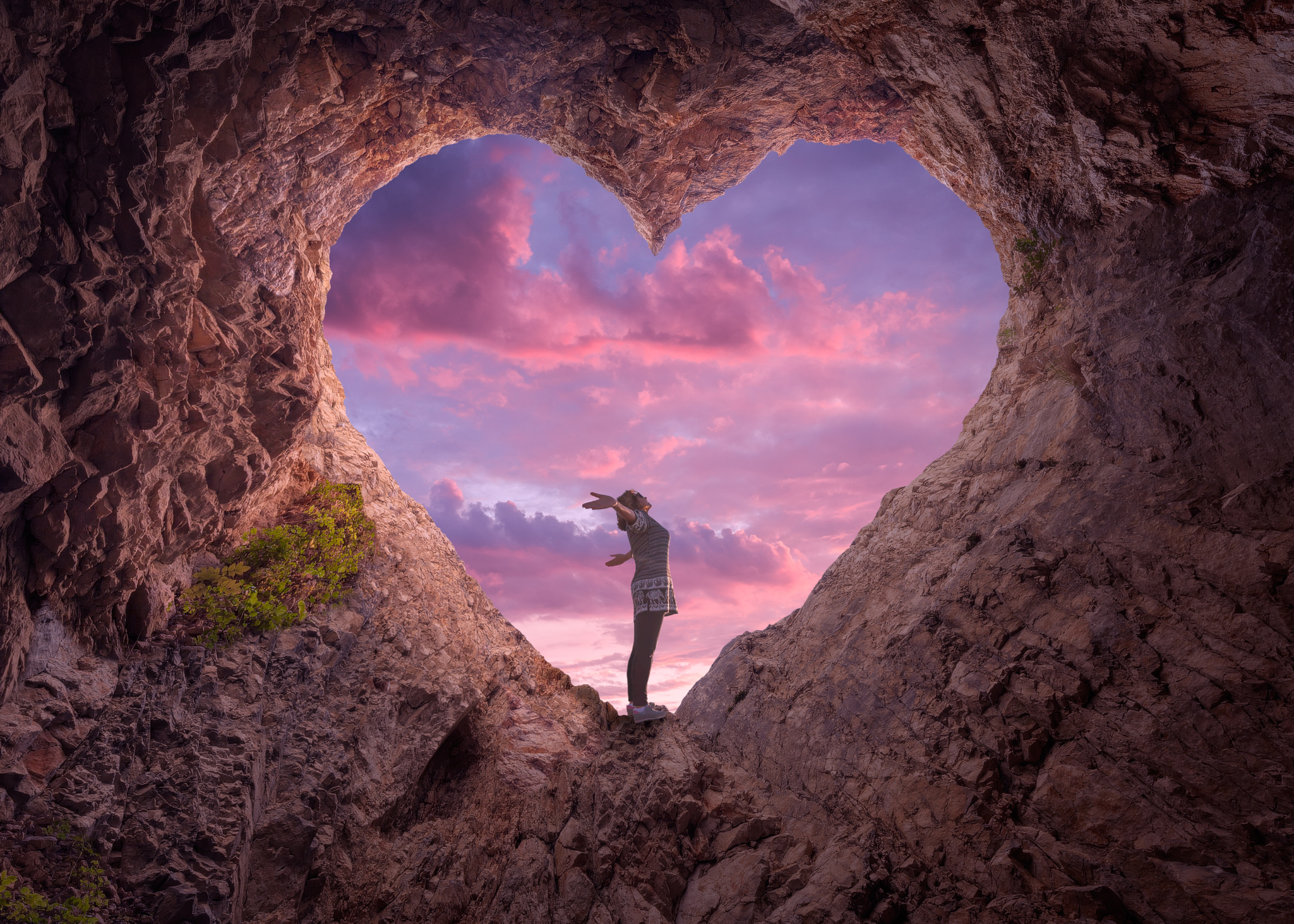 The 2016 U.S. Surgeon General report, Facing Addiction in America, estimates that of the one in seven Americans who will struggle with addiction, only 10 percent will find treatment [1]. Therefore, the vast majority of those directly impacted by addiction – including their families – are forced to navigate addiction and the uncharted world of recovery alone. Despite neuro-scientific evidence that substance use disorders are a brain disease [2], the over-arching sentiment in society is that the condition is actually the manifestation of a moral failing, rooted in personal choice. This type of stereotyping has led to discrimination, criminalization, and degradation.

Today, as was the case more than 100 years ago, the majority of people with substance use disorders are punished, jailed, committed to asylums, ignored, pitied or feared. Stigma and the subsequent hopelessness isolate people who need help. Those who do find recovery predominantly remain silent to avoid judgment and potential backlash, such as losing a job or jeopardizing a relationship. Society continues its antiquated assumption that people struggling with mental health disorders should deal with them privately and anonymously.

The entrenched stigma associated with addiction is polarizing and deadly. I know this to be true because I started drinking in high school. Although I knew something was wrong when I began “blacking-out,” the stereotype of an addict or alcoholic did not fit me, so I never thought about the possibility that I might have an addiction. If I had a teacher or a friend’s parent who was open about being in recovery, maybe I could have learned earlier about the signs and symptoms. My drinking continued through college and into my professional career, and it became part of my marriage and my parenting. Unfortunately, my drinking and periodic recreational drug use were an integral part of my social network. On the outside, I seemed to have a successful life, but by 15-years old I had already become miserable, attempting to numb my discomfort and pain with alcohol, and, after decades of use, my shame and self-loathing.

When I first realized I had a problem, I didn’t dare ask for help or admit I was in trouble. American culture celebrates independence, self-starters, excitement and fun, and I seemed to still fit in. I thought I could manage the disease – the alcoholic insanity and obsession – myself by going on spiritual retreats, learning yoga, eating healthier and becoming physically fit. However, no matter what I did, I could not control who I became once alcohol entered my system. As the disease progressed, I behaved in demoralizing, embarrassing, irresponsible and potentially life-threatening ways. At 40-years old, I finally gave up and sought help.

Becoming sober 10 years ago saved my life and my soul. The last decade in recovery helped me develop new thinking, new behaviors, new responses and new character traits. I have done my best to “clean up” the damage I caused to others and to myself. I learned to keep my word, be of service, think of others, and cultivate self-love rather than relive the past. In short, I was able to finally become a responsible and healthy adult; I am a new “me.” Yet, for years after putting the bottle down, I remained silent about my recovery.

The world was challenging to navigate as a sober person, especially since it seemed as if being a drinker was a job requirement to be a team member. Sober and sane, I did not fit in because I could not wholly participate in the camaraderie, client relations, celebrations or after-work gatherings. Not only did I need to change my professional career, I had to find new friends too.  No longer was I invited to or comfortable at parties where drinking was the primary activity. I didn’t feel welcome; I didn’t feel like I belonged.

In 2014, about six years into my recovery, I was hired as executive director of the National Council on Alcoholism and other Drug Addictions, Bay Area, (NCA-BA), a San Francisco, Calif., non-profit, with its roots in recovery advocacy since 1957. It was established by volunteers inspired by the work of Margaret “Marty” Mann. Mann was a lesbian, divorcee and alcoholic in recovery. She began her journey to recovery in 1935 through the then-unknown group, Alcoholics Anonymous. After becoming sober in 1940, Mann decided that her life’s work would be eliminating the stigma of alcoholism using education and honesty. She saw addiction as a social issue, fed by ignorance, fear and prejudice.

When a person achieves sobriety, this is just the beginning. They then face a long journey of learning, or relearning, how to live substance-free lives of meaning and purpose.

Mann founded an organization in 1945 now called National Council on Alcoholism and Drug Dependence (NCADD). Its purpose was to make recovery not anonymous. She opened many minds about addiction and helped to eradicate the stigma of alcoholism through her advocacy work focused on educating the general public, medical community and even the U.S. Congress. She worked tirelessly to change understanding and improve treatment. Mann’s platform was simple:

NCA-BA has worked in and around San Francisco to “reduce the consequence and prevalence of alcoholism and addiction.” Throughout the past 60 years, it has provided a range of direct services, referrals and education for thousands of youth and professionals. However, as the opioid overdose epidemic proliferated, NCA-BA reconsidered its role when it became clear there was a dearth of resources and leadership supporting people beyond the acute crisis-phase of addiction treatment (typically covered by insurance). In essence, the country was responding to the crisis as if short-term intervention and stabilization was all that was needed to recover from addiction. In reality, however, when a person achieves sobriety – or harm reduction – this is just the beginning. They then face a long journey of learning (or relearning) how to live substance-free lives of meaning and purpose. But without role models and resources, how are people expected to be successful?

Millions of people are living in recovery all across the country – more than those who are actively struggling with addiction. However, those in recovery constitute an anonymous population. Where are they? Who were they? How can society learn from their experiences? What is possible in recovery? How can people aspire for positive change when those who have achieved sobriety remain silent and invisible? How can stigma be overcome so all those in need find help?

With this in mind, NCA-BA made the strategic decision to move away from small-scale, prevention/intervention efforts provided by many other organizations and move toward solutions that address population health. The goal: End the stigma of addiction; champion long-term recovery; save and transform lives. In 2015, the organization renamed itself, Center for Open Recovery, to draw attention to the solution. The management team launched the paradigm of “open recovery” as a catalyst for change and revamped from a “bricks and mortar” operation to a virtual non-profit, operating with less overhead and constraints.

The introduction of open recovery as a concept is designed to offer people a new, strong and proud identity – a voice for those silenced by stigma. It is a shared community value, a treatment goal, and a call-to-action to empower people to live open and integrated lives. Open recovery encourages people to see positive outcomes, to envision better futures, to maintain commitment and to find new solutions. Inspired by the 1980s “silence = death’” campaign addressing the HIV/AIDS epidemic and gay rights efforts, open recovery is similarly a call to “come out” and demand change in the country’s response to this epidemic. Those historical campaigns worked [3]. Today, the United States has more individuals battling addiction than all those fighting AIDS at the height of the epidemic. For many, an “open recovery movement” is an empowering call-to-action that can help save the lives of those they love.

The 2016 U.S. Surgeon General report was the first time alcoholism and addiction to other drugs was recognized federally as a health epidemic and, subsequently, President Trump declared a “health emergency” [4]. Recommendations by subcommittees and task forces have identified key efforts as essential for tackling the epidemic. These include:

From the federal government to grassroots community-based efforts, teams are working to influence policies, improve education, train first-responders, develop prescription guidelines and address the recommendations listed above. Are activists and advocates making a difference? One need only look to gay rights, women’s liberation and the HIV/AIDS movements to appreciate the value of decades of activism and committed resources, which were required to bring about social justice and change the course of history. Yes, change takes time – be it behavioral, social or structural. Time is both the essence and intangibly infinite, just as impact is subjective to assess and changes from different vantage points.

The impacts may seem small to some, but every time a person who has battled addiction chooses to be open about recovery, uses his/her voice to educate others, reclaims a sense of self while offering hope, and engages with a renewed sense of purpose, he or she creates change to end stigma. Each of these moments is infinitely valuable and immeasurably impactful.

Center for Open Recovery (COR) is a 501(c)(3) non-profit organization working to end the stigma of addiction. The organization recognizes that the opioid epidemic and drug crisis plaguing the United States will not be resolved through jail sentences, deportation or short-term, crisis-intervention models of care. Taking its lead from social justice movements and radical public health campaigns of the past, COR utilizes change strategies that have fundamentally altered the way society treats, values and protects the rights of marginalized people. Working within a social-impact model, COR strives to reach, compel, invite and inspire those in long-term recovery to become agents of change by coming out of the closet. COR calls this “open recovery.” For more information, please go to www.openrecoverysf.org. 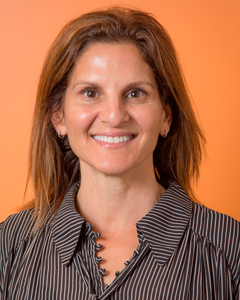 Fay Zenoff, Executive Director, Center for Open Recovery Fay Zenoff, is the driving spirit behind the emergence of the Center for Open Recovery (COR). Hired as executive director for the National Council on Alcoholism and other Drug Addictions in 2014, she led the transformation of this nationally affiliated, San Francisco-based non-profit from a local direct services provider to the Center for Open Recovery, a nationally recognized change-making organization fighting to end the stigma of addiction and champion life in recovery. Zenoff earned a BA from Sarah Lawrence College and an MBA from Kellogg Graduate School of Management at Northwestern University. Open about her own recovery from addiction and active as an outspoken recovery advocate, she has been featured in numerous national press, and local and national television shows. Zenoff is the recipient of the Constellation Behavioral Health’s 1996 Courage Award, selected by her peers in the addiction and mental health fields. Her professional experience spans both private and public sectors and includes positions with Morgan Stanley Smith Barney, Goodwill Industries, Select Quote, American Friends of The Weizmann Institute, and Brandies Hillel Day School. Zenoff can be reached at fay@openrecoverysf.org.