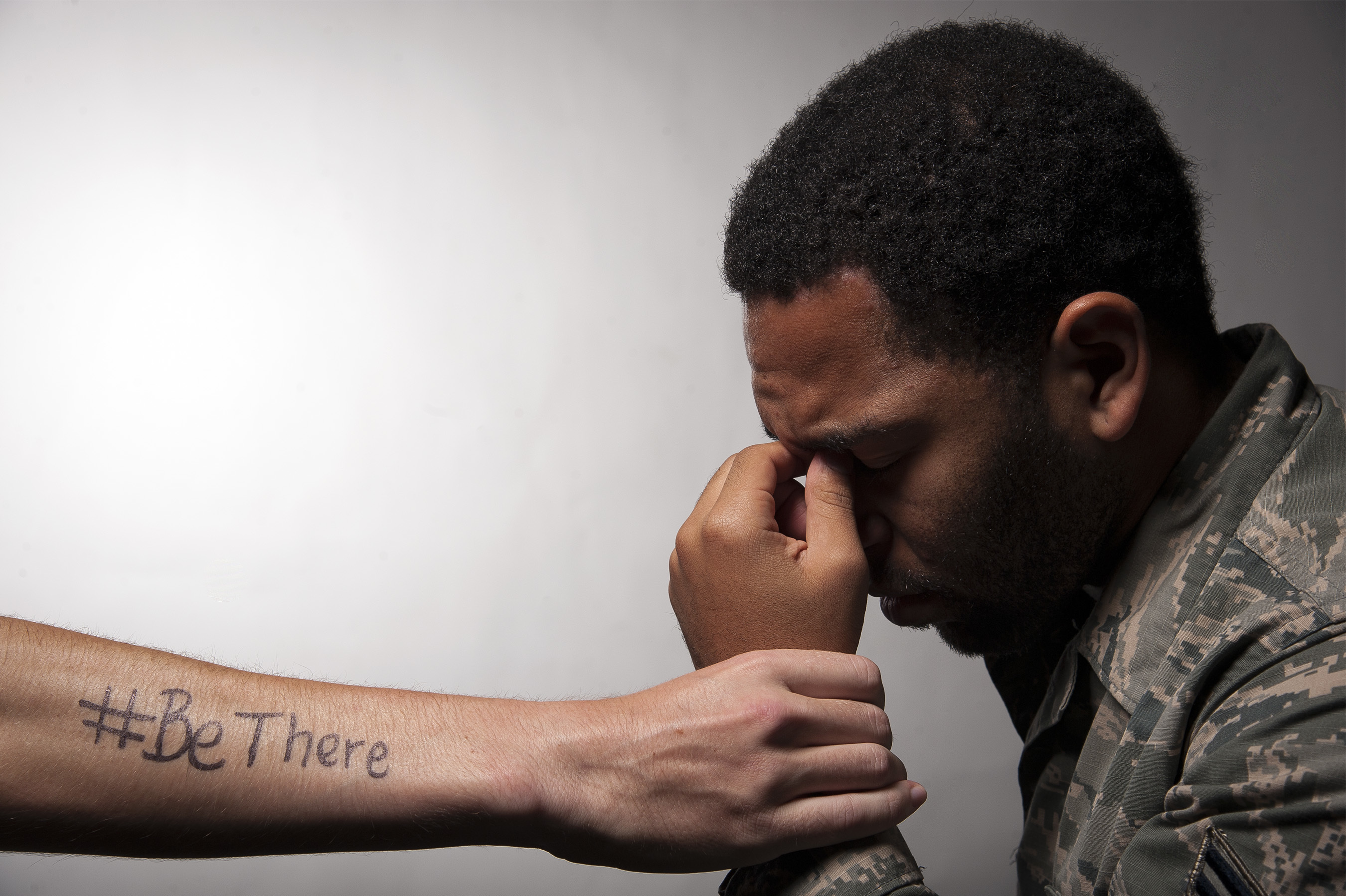 In March 2016, Charles Ingram doused himself with gasoline and set himself on fire in front of a New Jersey Department of Veterans Affairs (VA) clinic. Ingram, a Gulf War veteran, is one of 20 veterans who die by suicide each day, with only six of those 20 being VA users. According to an updated 2017 report by the VA Office of Suicide Prevention, veterans account for 18 percent of all deaths by suicide among U.S. adults, even though they constitute only 8.5 percent of the U.S. adult 18-and-older population. Although Ingram died from self-immolation, about 66 percent of veteran suicides result from firearm injuries. In addition, of the 7,403 veteran suicides reported during 2010-2014, about 65 percent of those are aged 50 or older. And these statistics continue to worsen, with the age-adjusted rate of suicide increasing by 32.2 percent – suicide among male vets increasing by 30.5 percent and among female vets by an astonishing 85.2 percent.

A 2014 National Institute of Mental Health study, which includes the Army Study to Assess Risk and Resilience to servicemembers, reflects strategies to evaluate suicide risk and, potentially, protective factors in the military population. For example, the rise in military and veteran suicide occurred “not only in currently and previously deployed soldiers but also among soldiers never deployed.” Nearly one-half who reported suicide attempts “indicated their first attempt was prior to enlistment.” And, soldiers reported “higher rates of certain mental disorders than civilians, including attention deficit hyperactivity disorder (ADHD), intermittent explosive disorder (recurrent episodes of extreme anger or violence) and substance use disorder.”

Clearly more needs to be done to provide our nation’s servicemen and women with the care they need to prevent needless tragedies and suffering. As a 26-year veteran of the U.S. Navy Medical Corps, I understand well the hard work that goes into caring for the health care needs of our nation’s veterans. And I also know what it is like to lose a friend – both in battle and as a result of suicide. While loss of life is always tragic, death by suicide is preventable, and we need to do more. We need to make sure veterans are getting the help they need. Thankfully, I can say that these efforts are underway.

Much has been said, written and experienced regarding the lack of timely health care for veterans, especially mental health care in light of veteran suicides. In fact, in Ingram’s case, the VA Office of Inspector General reported that they found, in addition to “lack of timely appointments, [VA] staff failed to follow up on no-shows, clinic cancellations, termination of services and Non-VA Care Coordination (NVCC) consults as required.”  These failures led to a lack of “ordered Mental Health therapy,” as well as necessary medications for Ingram, which “may have contributed to his distress.” This is just one tragic example of why the Veterans Choice Act is so important.

According to a VA timeline, in August 2014 President Obama signed into law the Veterans Access, Choice and Accountability Act (VACAA). Within that legislation was the Veterans Choice Program (VCP), which expanded availability of medical services for eligible veterans with community providers. Congress passed the Act when it became clear VA required additional capacity to ensure veterans were able to see doctors when and where they needed to see them. Under this program, eligible veterans receive a Choice Card that, based upon defined eligibility, allows them the option to seek care from private, non-VA health care entities or providers. VCP supplements other treatment options already available and is designed to improve wait times and access to health care. It does not impact existing VA health care or any other VA benefits; it just offers other options for care when VA cannot meet veteran needs in a timely or convenient manner.

More specifically, this novel program connects veterans with private, non-VA doctors, if they face wait times longer than 30 days at a VA medical center (VAMC), if a VA medical facility with a full-time primary care provider is more than 40 miles from their home or if services are not available at their VAMC. Additionally, veterans facing an unusual or excessive burden in traveling to the closest VAMC may receive community care under VCP.  As mentioned, intended to enhance access to health care services for veterans, this program covers all medical and surgical services, behavioral health, primary care services, laboratory and preventive services.

TriWest, one of two companies contracted under VCP, is committed to reducing veteran suicide and suffering through its network of 25,000 behavioral health care providers. Since one veteran death is one too many, our program helps veterans receive care in the community when they cannot be seen by VA because they live too far or their wait time is too long. And while behavioral health treatment is one of our top priorities, our commitment to veteran health does not stop there. We are also working with VA to create innovative public-private partnerships, such as the recent collaborative effort between TriWest, VA and convenience clinics in a select number of pilot locations. Through this collaboration, we created a process to provide eligible veterans with the option to receive same-day care at a convenience clinic – an example of how public-private partnerships are breaking down barriers that could stand between a veteran and efficient, effective and timely health care.

TriWest also has collaborated with VA on a pilot that was recently implemented for rural laboratory/radiology services. This pilot in Show Low, a city in Navajo County, Ariz., enables the Show Low Community-Based Outpatient Clinic (CBOC) to order basic laboratory and radiology services at the Summit Healthcare Regional Medical Center in Show Low, Ariz., on the same day of a CBOC appointment. Spearheaded by leadership at the Phoenix VAMC, the pilot is aimed at increasing veteran satisfaction and reducing delays in care in the Show Low community.

As another example of public-private collaboration efforts, in October 2016, TriWest partnered with VA and implemented state of the art, tele-behavioral health pilots in support of VA’s same day behavioral health access initiative. The program provides enhanced access to medication management services within VCP, basic psychotherapy services and evidence-based psychotherapy services. Through this network of providers that offer tele-behavioral health services, TriWest serves as an additional resource to help meet veterans’ behavioral health care needs, including providing an alternative to in-person therapy. This initiative is particularly important in light of the high number of veteran suicides.

VA’s community care programs are intended to enhance access to health care services. TriWest’s network of providers delivers medical services when VA medical facilities are unable to provide such services in-house, thus providing elasticity for VA to meet the ever-growing demand for veteran health care. Since the VA community care programs were launched a few short years ago, TriWest has grown from just two operational hubs to 10 operations centers distributed throughout its geographic area of responsibility. These sites stretch as far west as Honolulu, Hawaii, and as far east as Nashville, Tenn. On a monthly basis, these operations centers receive more than 100,000 requests for veteran care in the community, and 91 percent of all appointments are scheduled within five business days of receiving the care authorization.

Since VA’s community care programs were established, TriWest’s 200,000 strong provider network has consistently shown its commitment to VA’s noble mission, serving the health care needs of more than one million unique veterans. Through our providers’ unwavering support, one-fourth of veterans eligible for community care are benefitting from health care services in the community. Overall, providers across TriWest’s 28-state territory have scheduled five million appointments for our nation’s heroes, providing them with expanded access to quality care. Without patient-centered community care (PC3) or VCP, demand for veteran health care would have overwhelmed some VA hospitals and clinics, thus leading to massive wait lists and increased suffering for veterans using VA care. Both the responsibility and reward of serving those who have served our country is a tremendous privilege; both TriWest and I are honored to be part of this commitment.

For more information on becoming a health care provider in the TriWest network or for veterans seeking information about TriWest programs, please go to www.triwest.com. TriWest looks forward to continuing its strong partnership with VA and local health care providers to refine and strengthen VA’s community care programs to meet the growing and changing health care needs of U.S. veterans – improving and saving lives one veteran at a time. 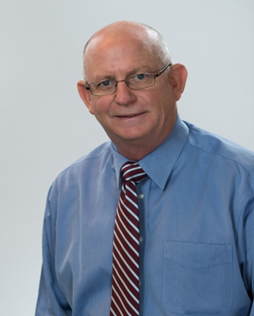 Frank “Mac” Maguire, M.D., FACP, FCCP and Chief Medical Officer, TriWest Healthcare Alliance Frank “Mac” Maguire, M.D., FACP, FCCP, joined TriWest in 2003. As TriWest’s chief medical officer, he is responsible for directing and coordinating network development, referral management, contact center operations, appointing, medical management, behavioral health and clinical quality. Having retired from the Navy after a long and distinguished career, Maguire has a strong background in health care administration within the Military Health System. He served as Deputy Commander at National Naval Medical Center in Bethesda, Md., and as Executive Assistant to the Surgeon General of the Navy. He also served at both the Office of the Assistant Secretary of Defense for Health Affairs and as Chief of Staff of the TRICARE Management Activity, which oversees the defense health program, including 75 military hospitals, 460 clinics and civilian Managed Care Support Contractors providing medical and dental care to more than 8.7 million beneficiaries. Maguire completed his M.D. at the University of Illinois and is board-certified in Internal Medicine, Pulmonary Medicine and Critical Care Medicine. He is a Fellow of the American College of Physicians and American College of Chest Physicians.