Gulf War Illness to Focus on Brain and Body 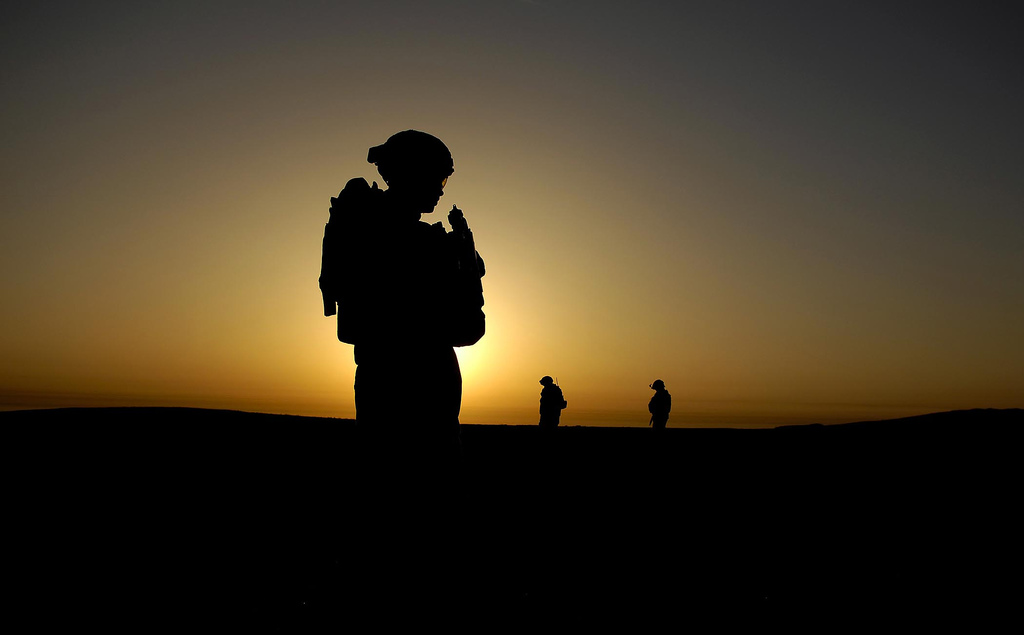 Although the Gulf War was brief with relatively few injuries and deaths among coalition forces, an estimated 250,000 of nearly 700,000 U.S. troops continue to suffer from a variety of health problems that have persisted for more than 25 years.  Service members deployed as part of Operation Desert Shield, which began August 1990, and Operation Desert Storm, which began January 1991, were exposed to hazardous and toxic agents, both known and unknown. These include chemical and biological agents, mandatory vaccines, oil-well fire smoke, dust, high ambient temperatures and heat stress, pesticides and pyridostigmine bromide (PB), a prophylactic agent against potential nerve agent exposure.

Findings from Gulf War and Health: Volume 10: Update of Health Effects of Serving in the Gulf War, 2016, recommends future research efforts focus on the interconnectedness of brain and body when seeking to improve treatment for veterans.  Released by the Institute of Medicine (IOM) of the National Academies of Sciences, the report is the 10th in a series of IOM research studies that aims to address possible causes and treatment outcomes for U.S. veterans returning home with the enduring, chronic multi-symptom illness.

Although the evidence base for GWI has increased within the past few years, new information is lacking with respect to understanding the illness or how to effectively treat or manage it. Based on available research data, it does not appear that a single mechanism can explain the multitude of symptoms. It is also unlikely that a definitive causal agent or agents can be identified, especially this many years after the war, according to the IOM research committee. Animal studies attempting to mirror GWI have been of minimal use because it is difficult to establish experimental exposures representative of those experienced by Gulf War veterans during deployment.

Based on findings from this and previous IOM Gulf War and Health reports, the committee concluded that these conditions are primarily mental health and functional medical disorders, which emphasize the interconnectedness of brain and body. These conditions have no objective medical diagnostic tests and are diagnosed on the basis of subjective symptom reporting.

Although many GWI symptoms are shared by psychological conditions like chronic pain and sleep disturbances, most studies have excluded the psychological aspects of Gulf War Illness. As such, the committee said research efforts should move forward and realign to focus on treatment and management rather than causes. This realignment should recognize and incorporate new research on the relationship between brain and physical functioning to improve treatment and management options.

In 2013, a Georgetown University Medical Center (GUMC) research team discovered that Gulf War veterans had abnormalities in the bundle of nerve fibers connecting brain areas involved in processing and perception of pain and fatigue. Upon further research using functional MRI, researchers found one group of veterans had atrophy in the brainstem, which regulates heart rate, while another showed atrophy in cortical regions adjacent to pain perception. Both groups showed compensatory use of different parts of the brain prior to stress tests followed by inability to use those areas after exercise. Such compensatory behavior is a trait often observed in neurodegenerative disorders. This duality may help explain why veterans with GWI have such a wide variety of physical complaints.

In 2016, GUMC and Brookings Institution co-hosted “Desert Storm after 25 Years: Confronting the Exposures of Modern Warfare” to examine the history of Gulf War Illness and to discuss a way forward. James Baraniuk, MD, associate professor in the Department of Medicine at Georgetown University and senior investigator of the GUMC 2013 study, said he and his colleagues continue their research with Gulf War patients. And Carolyn Clancy, MD, Department of Veterans Affairs (VA), pointed to VA investment of more than $14 million in GWI research in 2016. Studies are also being done on treatment modalities from acupuncture to application of existing sleep apnea treatments for sleep-related symptoms.

Multiple organ systems in the body, including brain, gut, heart, liver, immune system, thyroid, adrenals, pituitary, gonads, bone and skin are affected in GWI.  According to IOM, “To ignore available treatments that may improve the functioning of any of these organ systems would be to do a disservice to our Gulf War veterans.”