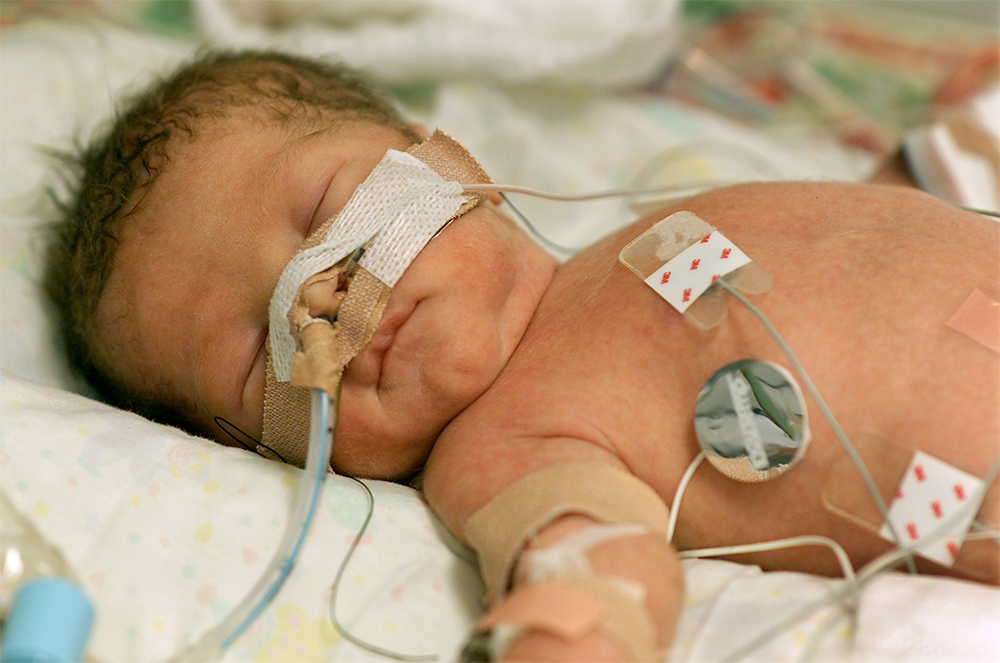 Within the past 15 years in the United States, the rate of babies in the womb with drug withdrawal syndrome brought on by exposure to prescription painkillers or heroin has quadrupled. According to figures released August 2016 by the Centers for Drug Control and Prevention (CDC), incidence rates of neonatal abstinence syndrome (NAS) were highest among infants born in Maine, Vermont and West Virginia, where they exceeded 30 per 1,000 births. Rates were lowest in Hawaii and South Dakota.

For the study, CDC examined state trends in NAS incidence using all-payer, hospital inpatient delivery discharges compiled in the State Inpatient Databases of the Healthcare Cost and Utilization Project (HCUP) during 1999–2013.  Among 28 states with publicly available data in HCUP during 1999–2013, overall NAS incidence increased 300 percent from 1.5 per 1,000 hospital births in 1999 to 6.0 per 1,000 hospital births in 2013.

In a more recent study published February 2017 in JAMA Pediatrics, the professional journal of the American Medical Association addressing health issues in pediatric care, researchers conclude for the first time that the increase in drug-dependent newborns has been disproportionately larger in rural areas. Rising rates are due largely to widening use of opioids among pregnant women, researchers found.

Based on findings from the study, “Rural and Urban Differences in Neonatal Abstinence Syndrome and Maternal Opioid Use, 2004 to 2013,” incidence rates for NAS and maternal opioid use increased nearly 5-fold in the United States between 2000 and 2012.  From 2004 to 2013, the proportion of newborns born dependent on drugs increased nearly sevenfold in hospitals in rural counties to 7.5 per 1,000 from 1.2 per 1,000. By contrast, increase among urban infants was nearly fourfold to 4.8 per 1,000 from 1.4 per 1,000. According to CDC, these findings underscore the importance of state-based public health programs to prevent unnecessary opioid use and to treat substance use disorders during pregnancy, as well as decrease incidence of NAS.

The problem has grown more quickly than realized and shows no signs of abating, researchers report.  In July 2016, President Obama signed into law the Comprehensive Addiction and Recovery Act or CARA. It stipulated that federal officials give priority to funding programs in rural areas to improve treatment for pregnant women.

“It’s the first time to my knowledge that a population has been recognized as being underserved and was targeted specifically, and I think it’s real progress,” said Mark Dunn, director of public policy for the National Association of Addiction Treatment Providers.

According to drugrehab.org, which specializes in ﬁnding effective treatment for any type of drug or alcohol problem, NAS can have long-lasting impacts. Citing one recent study, the organization noted that between 30 to 40 percent of drug-exposed three-year-olds demonstrated difficulties focusing, articulating needs and wants, and controlling behavior, among myriad other fine motor control and developmental delays seen across nearly all addiction types.

Overall, short-term and long-term developmental delays can include:

Although drugrehab.org concedes that a baby born to a drug-addicted parent can become a fully functional and successful adult, it points out that any exposure to toxic effects of alcohol or drugs can make this process more challenging. Understanding risks and delays associated with prenatal drug exposure is one defense against many issues these individuals face, the organization concludes.