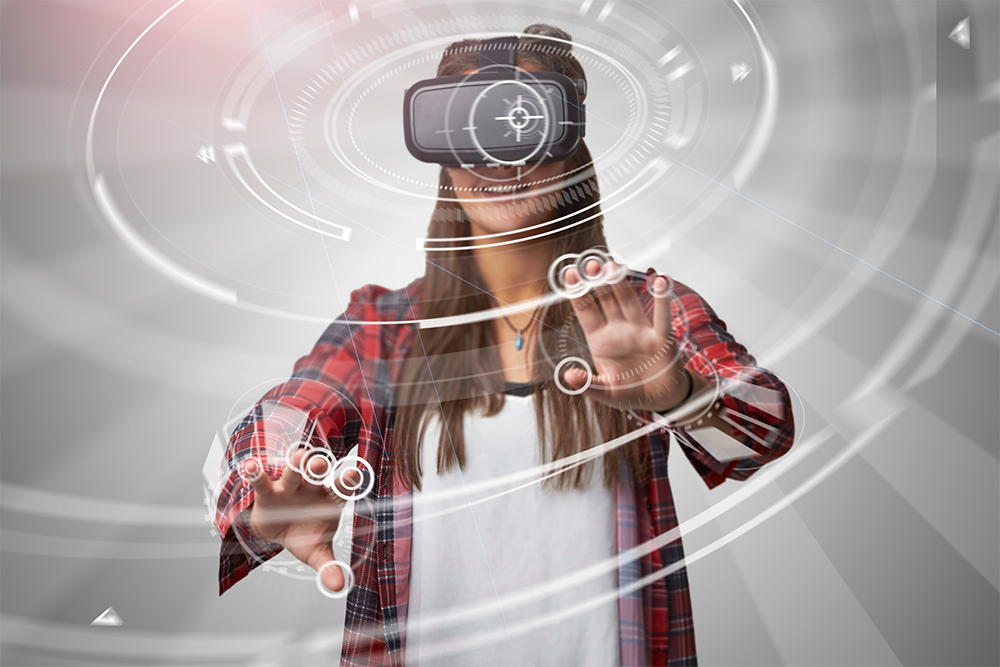 Virtual reality (VR), once a thing only for gamers, has now come of age as a serious application in behavioral neurosciences. A variety of research has been done on the potential of using the immersive and interactive virtual reality systems as therapeutic tools for improving memory in aged adults (Optale et. al. 348). Interestingly, the systems are also being investigated for their potential in increasing balance and motor skills in brain injury patients as well as older adults (Optale et. al. 348).

VR is an experiential interface in which components of perception (visual, tactile and kinesthetic) are the bases for interactivity, thus encouraging a sense of “being there,” i.e. being inside the virtual environment. The nature of VR immersion experience frees the person from external distraction and encourages focused attention. VR platforms allow doctors and scientists to more accurately analyze how human beings interact with the world around them by facilitating new understanding on vision and action that improves behavioral research. (Optale et. al. 348). This technology has been successfully used in patients with specific phobias, such as fear of heights and flying (Optale et. al. 348). By creating a controlled life-like environment, researchers can understand how humans learn routes, which gives insight into memory and routine that can be used for cognition and memory loss/dementia research and treatment in older patients (Tarr & Warren 1089).

Spatial cognition researchers have also used VR with patient populations. For example, patients with Huntington’s disease, who are characterized by degraded caudate function, have shown an increase in hippocampal activity that results in improved observable navigation behavior (Bohil, Alicea & Biocca 752).  Furthermore, epilepsy patients show post-surgical increases in navigational ability of pathological sides.  (In other words, if the left side is damaged, motor navigation of that side increases.) (Bohil, Alicea & Biocca 754).

Recently, MIT researchers created a virtual reality platform that allows severely mobility impaired individuals the opportunity to explore the world. The system is called “Rendever,” and it also provides cognitive therapy and tracks movement data to aid in early diagnosis of dementia. Rendever was developed by Dennis Lally and Reed Hayes of MIT’s Sloan School of Management (MIT News).

Each system includes multiple virtual-reality headsets, custom software and a tablet. The software syncs headsets together, so users can come together in a virtual world and visit childhood homes, exotic locales, sports games or a relative’s wedding across the world. Caregivers can simultaneously control the headsets using the tablet (MIT News). The system can also double as a form of reminiscence therapy, which involves discussing past experiences with aid of photographs, familiar items and music, or virtual cues.

By asking users to work through real-life simulations, such as making dinner, the software collects thousands of data points per minute on movement, reaction time and executive function. When a series of tasks is completed, the machine learns how to find characteristic patterns of someone with early-stage dementia versus someone with a healthy mind. This breakthrough technology can lead to earlier interventions for dementia patients and help measure efficacy of treatments (MIT News).