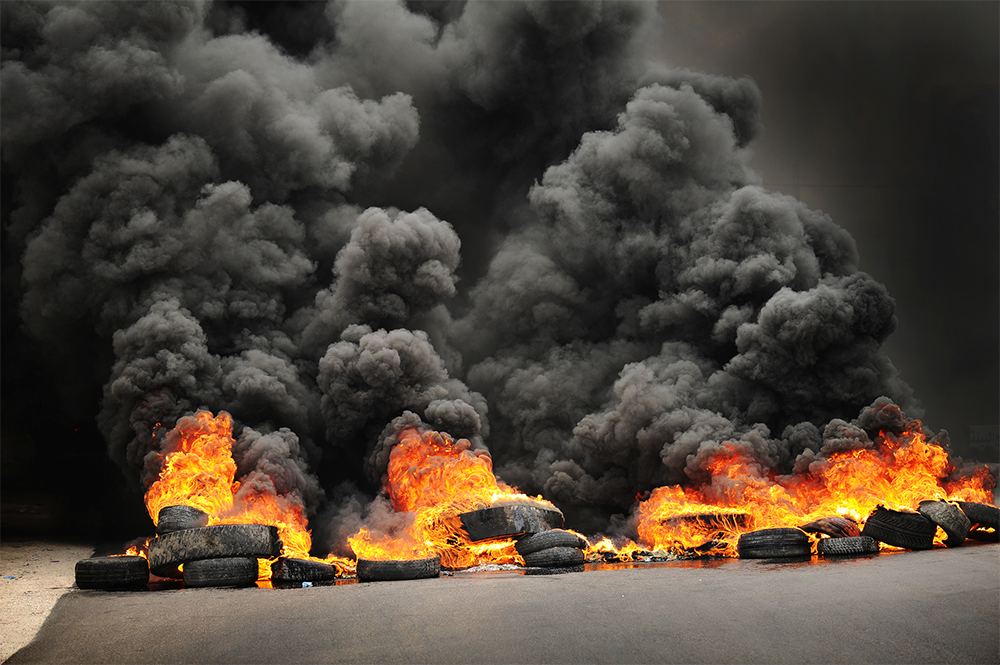 Thousands of military men and women, who served in Afghanistan and Iraq, returned home safely only to experience deteriorating health. Many blame the “burn pits” constructed on or near bases to eliminate trash and other waste products by burning. Typical illness symptoms include:  nausea, headaches and/or irritation of eyes, respiratory tract, nose and throat. This may result in burning, dry or tearing eyes, nasal congestion, sneezing, sore throat and cough. For the majority of healthy military members, these symptoms tend to go away or to resolve soon after exposure ends.

However, a growing number are experiencing long-term effects on the skin, respiratory system, eyes, liver, kidneys, central nervous system, cardiovascular system, reproductive system, peripheral nervous system and gastrointestinal tract, according to the War Related Illness and Injury Study Center, Office of Public Health, Department of Veterans Affairs. Still others have died. One such casualty is Amie Marie (Dahl) Muller, 36, who passed away February 18, 2017, after a battle with pancreatic cancer, which she believed was linked to her exposure to toxic agents in burn pits while serving in Iraq.

In 2005 and 2007, Muller was deployed with the Minnesota Air National Guard to Joint Balad Base, Iraq, embedded with a military intelligence squadron. The burn pit near her living quarters was one of the most notorious of the more than 230 constructed at military bases across Iraq and Afghanistan. Items incinerated included: Styrofoam, metals, plastics, electrical equipment, and even human body parts and toxic agents, the flames stoked with jet fuel. Covering more than 10 acres, Balad’s burn pit operated at all hours and consumed an estimated 100 to 200 tons of waste per day before burn pit usage was restricted in 2009. The pit was hastily constructed upwind from the base, and its plumes consistently drifted toward the 25,000 troops stationed there.

February 6, 2017, U.S. Sens. Thom Tillis, R-N.C., and Amy Klobuchar, D-Minn., introduced bipartisan legislation, Helping Veterans Exposed to Burn Pits Act, that would create a center of excellence within the Veterans Administration (VA) to better understand health effects associated with burn pits and to treat veterans who become sick after exposure. In 2016, Klobuchar testified before the Senate Veterans Affairs Committee to discuss the need to dedicate staff and resources to diagnosis, treatment and rehabilitation of health conditions stemming from exposure to burn pits.

“The burning of waste on military bases exposed many service members to a variety of potentially harmful substances. Plastic, aerosol cans, electronic equipment, human waste, tires and batteries were thrown into open pits, often doused with jet fuel and set on fire,” said Klobuchar. “As a result, many deployed soldiers were exposed to smoke from these open-air burn pits.”

According to Klobuchar, health effects from exposure to chemicals found in burn pits may include cancer, neurological effects, reproductive effects, respiratory toxicity and cardiovascular toxicity. Troops who have worked in these areas are subject to higher rates of asthma, emphysema and rare lung disorders.

Joseph Hickman, a veteran and author of “ The Burn Pits:  The Poisoning of America’s Soldiers,” noted that returning service members “were sickened from the smoke and ash swirling out of the ‘burn pits’ where military contractors incinerated mountains of trash, including old stockpiles of mustard and sarin gas, medical waste and other toxic material.” Hickman views the legislation as a step forward but worries that many veterans are being stonewalled and their benefit claims delayed.

As part of its conclusion, the Report stated:  “The committee’s review of the literature and the air-sampling data from JBB suggests that service in Iraq or Afghanistan – that is, a broader consideration of air pollution than exposure only to burn pit emissions – might be associated with long-term health effects, particularly in highly exposed populations (such as those who worked at the burn pit) or susceptible populations (e.g., those who have asthma), mainly because of the high ambient concentrations of particulate matter (PM) from both natural and anthropogenic, including military, sources. If that broader exposure to air pollution turns out to be sufficiently high, potentially related health effects of concern are respiratory and cardiovascular effects and cancer. Susceptibility to PM health effects could be exacerbated by other exposures, such as stress, smoking, local climatic conditions and co-exposures to other chemicals that affect the same biologic or chemical processes.”

For now, VA is collecting data from veterans and service members, who deployed to the Southwest Asia theater of operations on or after August 2, 1990, as well as those who deployed to Afghanistan or Djibouti after September 11, 2001, through its online Airborne Hazards and Open Burn Pit Registry. Service members can use the registry questionnaire to report exposure to airborne hazards (such as smoke from burn pits, oil-well fires or pollution during deployment), as well as other exposures and health concerns. Click here to access the registry. More than 109,000 veterans and service members have completed the questionnaire, and the count continues to grow.

This bill directs the Department of Veterans Affairs (VA) to establish a center of excellence in the prevention, diagnosis, mitigation, treatment and rehabilitation of health conditions relating to exposure to burn pits and other environmental exposures in Afghanistan or Iraq.

The VA shall, in selecting the center’s site, consider entities that:

VA shall ensure the center collaborates with Department of Defense (DOD), institutions of higher education, and other appropriate public and private entities to:

The Center shall have access to and make use of data accumulated by the burn pits registry.

Thousands of American soldiers have returned from the battlefields of Iraq and Afghanistan with severe wounds from chemical war. They are not victims of ruthless enemy warfare. These soldiers, afflicted with rare cancers and respiratory diseases, were sickened from smoke and ash swirling from “burn pits” where military contractors incinerated mountains of trash, including old stockpiles of mustard and sarin gas, medical waste and other toxic material. Based on thousands of government documents, more than 500 in-depth medical case studies and interviews with more than 1,000 veterans and active-duty GIs, “The Burn Pits” will shock the nation. The book is more than an explosive work of investigative journalism; it is the deeply moving chronicle of the many young men and women who signed up to serve their country in the wake of 9/11 only to return home permanently damaged, the victims of U.S. negligence.